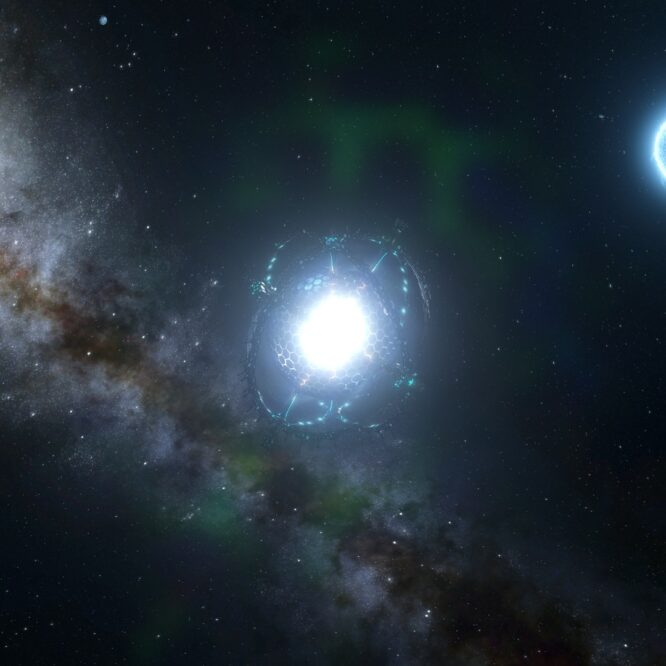 Okay, so rainy days happen. And sometimes it is nice just to chill. And blow up stars. My version of rainy day fun usually involves nerding out with galactic conquest. Welcome to Stellaris. Yeah, it’s an odd post and totally a plug for a game, but frankly something that has occupied 957.8 hours of my time probably deserves a mention. Plus, the graphics are pretty cool.

Massive. In a word. Personally I think it is a grand strategy fan’s dream. In Stellaris you forge a galactic empire through exploration, diplomacy, and conquest. Starting from a singular home star system you influence your empire from the ground up. Are you more of a benevolent leader, interested in a thriving galactic community? Great, you can be that. Or, are you more the tyrant that would rather crush your opposition, and if a lesson is needed…well, blowing up the planet is always an option. If a particularly annoying empire needs a serious lesson, wiping out an entire cluster of stars and planets might do the trick. Seriously, you can kill an entire rainy day and still not get anywhere close to endgame.

Okay, so Stellaris is definitely not for somebody wanting the fast-paced, sometimes insane style of first-person shooters or even many of the real-time strategy games. It’s a seriously slooowww start…I mean c’mon, you’re building a galactic empire up from one measly planet just hitting faster than light travel. Like the Civ series, it’s grand strategy but on a galactic scale (but without the turns).

By slow, I mean it can take days (or even weeks) to fully play through an empire. Rainy day fun has to happen for several days. You can accelerate it…but to be honest I personally tend to stack the deck in my favor when setting the galaxy parameters at game start. For me that means a massive galaxy with 600+ systems and a mediocre amount of competition. For those wanting a challenge…you can customize the start conditions to your heart’s content to present a more fast-paced, challenging game to a slower paced, but still interesting marathon. When a Fallen Empire decides to wake up it certainly makes that marathon seem more like a sprint to see who can build up their fleets fast enough to counter the threat.

Remember recently scientists were debating what was causing peculiar dimming in the light from a star in our galaxy? Some theorized that an alien megastructure was responsible for the strange observed behavior. It’s hard for me to wrap my head around the sheer scale of even a small megastructure, but as part of the base game you can build “simple” megastructures like a Dyson sphere. With certain community mods (i.e. Gigastructural Engineering and More, my favorite)…let’s just say the galaxy becomes a lot more dangerous. Hard day at work? Yeah, I just come home and wipe out an entire solar system.

Of course, this assumes you survive long enough to build some of these larger gigastructures…as I said…a Fallen Empire deciding to reclaim their lost heritage is no joke. Now which system did I place that Mega Shipyard in?

Fleet combat is done on a massive scale. I use the Real Space mod along with Real Space System Scale…this gives the map a more “realistic” feel and lets the vastness of space really come into play. Fleets can range from a handful of corvettes (at least in the beginning) to entire armadas consisting of corvettes all the way up to massive titans. Again, with certain mods you can even introduce planet-sized behemoths that can take on entire fleets single-handedly.

Of course, none of this comes into play without the substantial empire base that comes from a sizeable population.

Part of the scope of the game comes from the population management engine. Late game empires can have thousands of pops in a pretty extensive job system. This is in addition to the AI-controlled pops.

Unfortunately, the large empire size also means that this game is fairly resource intensive. I’ve got it running on a Intel i7 system with a Nvidia GTX 1080 GPU and large (1000+) galaxies get to be a little more than it can handle. Still, that doesn’t reduce the fun in any way. At this point…I’m usually blowing up stars or absorbing minor empires and wrapping it up.

Last plug, I promise. Modding in this game is what makes it infinitely replayable. That and the publisher is constantly adding and refining new content. The Steam workshop contains a ton of awesome community-created mods that enhance the game outside of the official content. Currently, my playset includes:

So, for rainy day fun (on a day like today when that is all it did), consider charting the course of a galaxy.